Update on our Campaigns, August 2022 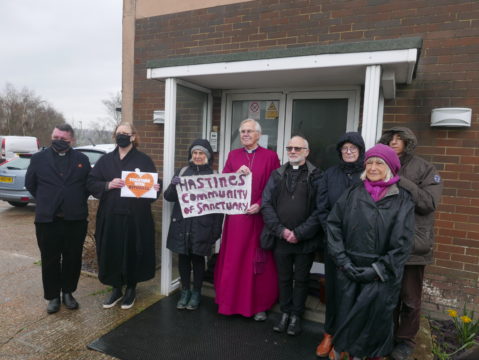 The HCoS Campaigns Team has disbanded following the passing of the Nationality and Borders Bill into law in May 2022.  Here is our final reflection of our work over the past four years, which can be further explored here and here and in many individual reports on this website.

Hastings has been a designated dispersal area for asylum seekers since 1999. There is accommodation for approximately 100 people provided by the company Clearsprings. Not being able to work while waiting for a decision is a major issue amongst the asylum seeking community and agencies supporting them in Hastings. People dispersed by the Home Office to Hastings frequently have skills and experience which could be utilised in the town such as medical training, journalism, teaching etc. Instead, people seeking asylum are forced to live on the breadline, isolated, and denied the opportunity to contribute to the local economy through work. Despite the Home Office’s notional aim to make a decision within 6 months, people typically wait a long time, sometimes many years for a decision.

Hastings Community of Sanctuary (HCoS) joined the national Lift the Ban coalition in 2018. The coalition has nearly 300 members – charities, Trade Unions, businesses, faith groups, think tanks and more recently some local authorities. It campaigns to overturn the ban on preventing asylum seekers from  working and enabling them to apply to work in any job after they have been waiting six months for a decision. Research has shown that making this change could benefit the UK economy by £98.8 million or more per year. In addition, in March 2022, a YouGov poll found that an incredible 81% of the public support the right to work for asylum seekers. This change could be made by the Home Secretary simply signing off a change in the rules and does not require a change in the law.

In 2019, both Hastings Borough Council and East Sussex County Council agreed motions to support the right to work following intensive lobbying and awareness campaigns organised by HCoS. Both authorities wrote to the Home Secretary and Hastings Borough Council affiliated to the coalition. Our campaigning over the past few years has included running stalls, collecting signatures for petitions, sending postcards, organising a day of action, meeting many times with our MP and attending meetings of the national Lift the Ban coalition, where we have been identified as a model of good practice and invited to speak and share our experiences. On the 21 October 2020, a petition with over 180,000 signatures was presented to the Government calling on them to Lift the Ban. A significant number of petitioners from Hastings were included in that number.

On reflection, HCoS has achieved a huge amount through the Lift the Ban campaign, particularly in terms of working in the community and gaining the support of the public. Most people did not realise the paltry amount of money that asylum seekers are expected to live on and that they are forbidden to work. Lobbying the two local authorities resulting in positive policy on this issue was ground breaking and also our relentless letter writing to and our face-to- face meetings with our MP were held up by the coalition as good practice.

In 2020, we also joined the national Detention Forum, to  campaign against the harsh practice in the UK of immigration detention, which sees thousands of people detained pending deportation – often for long periods, although the intention and law is that people should be held only when their deportation can be carried out with a few days. With no sense of when they might be released (which eventually over 50% are, back into the community)  this becomes a time of desperation for those people, with many describing it as the worst experience they have endured and indeed, torturous to the point that many attempt suicide.

With the incarceration of 400 people in Napier Barracks, we initially focused on that place of detention, with which we developed direct links. See this powerful letter from one of the people held there. Subsequently we reprioritised our overall campaigning to resist the Nationality and Borders bill, announced in 2021.  We joined the national coalition Together with Refugees (over 300 NGOs and grassroots members)  in lobbying against its draconian and inhumane proposals, and for lifting the ban to be included; indeed, during the progress of the bill, it became apparent that there was considerable cross-party support for this specific change, concerning the right to work, with our own current MP Sally-Ann Hart joining a group of around 55 MPS writing to the Prime Minister in support of this change. There were several attempts to debate and get amendments through, but each time the Home Office argued against them on spurious grounds and they were defeated.

Overall, we have sought to expose and oppose the deeply racist ideology of the Bill, including the plans to deport asylum seekers to Rwanda and to criminalise those arriving in the UK on small boats across the channel,  through a sustained programme of meeting people in the streets, churches, shops, and across our community: contributions to the media, including radio, and letters and articles in local and national newspapers: public meetings and rallies both in person and online: a petition to our MP which garnered nearly 1,300 signatures from her constituents, mostly just ‘ordinary’ people whom we encountered in these activities; in March 2022 we presented it in person together with our open letter calling on our MP to represent the wishes endorsed by so many local people for a more humane asylum policy.  For a fuller account please see our many reports on this site, such as this update from last July (2021) and our dedicated campaign pages, as above.

Most recently, we held a panel discussion at this year’s Sanctuary Festival focussing upon the Rwandan plan. The panel included a former refugee who is a qualified country expert on Rwanda and neighbouring countries. Currently completing his doctoral research based in these areas, he was able to offer a sharp and particularly salient perspective on this plan, and the reality of the UK’s motivations and behaviour therein.

The Nationality and Borders Act was finally passed with no concession to any of the many amendments put forward by the House of Lords who fought vigorously to ameliorate some of its most draconian aspects, returning it to Parliament several times in the ‘ping pong’ process.

We have now paused our campaigning, and our brilliant team is taking a reflective break. Those who are able to continue direct campaigning are joining our local Freedom from Torture and Stand up to Racism groups; the current focus is the upcoming court case challenging the Rwanda plans, on September 5th 2022.  See also here.

The Together with Refugees coalition is currently also reflecting on strategies to resist what are now termed the ‘anti-refugee’ laws which have been enacted; it is hard to know what will happen in the future because there are so many challenges with this raft of legislation passed by the current Government.

In the meantime HCoS continues and develops its many other activities to fulfil the City of Sanctuary charter – to make Hastings a place of welcome and hospitality for people seeking refuge with us. And if and when the opportunity arises, Hastings Community of Sanctuary will take up their campaigning fight again. 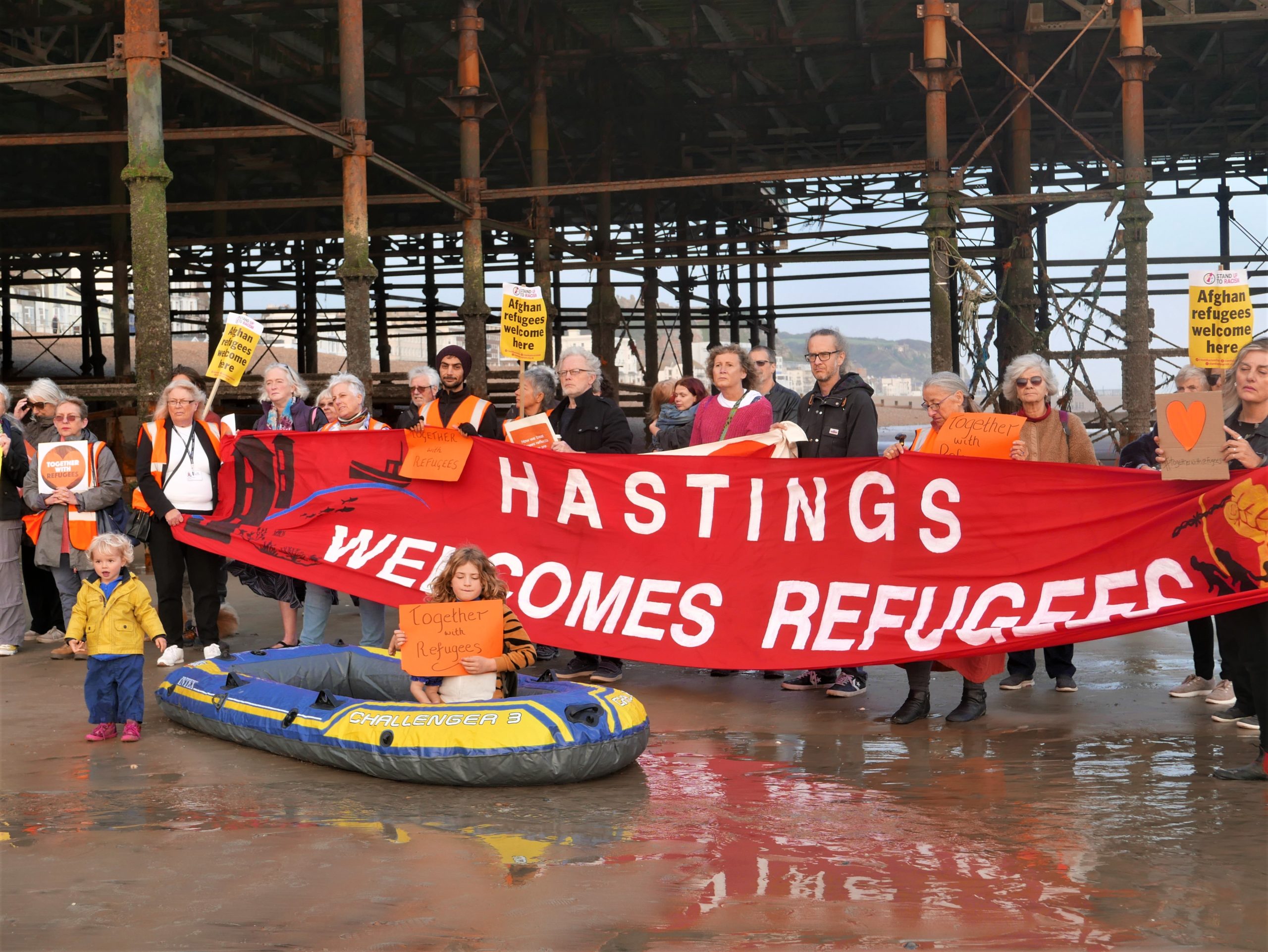 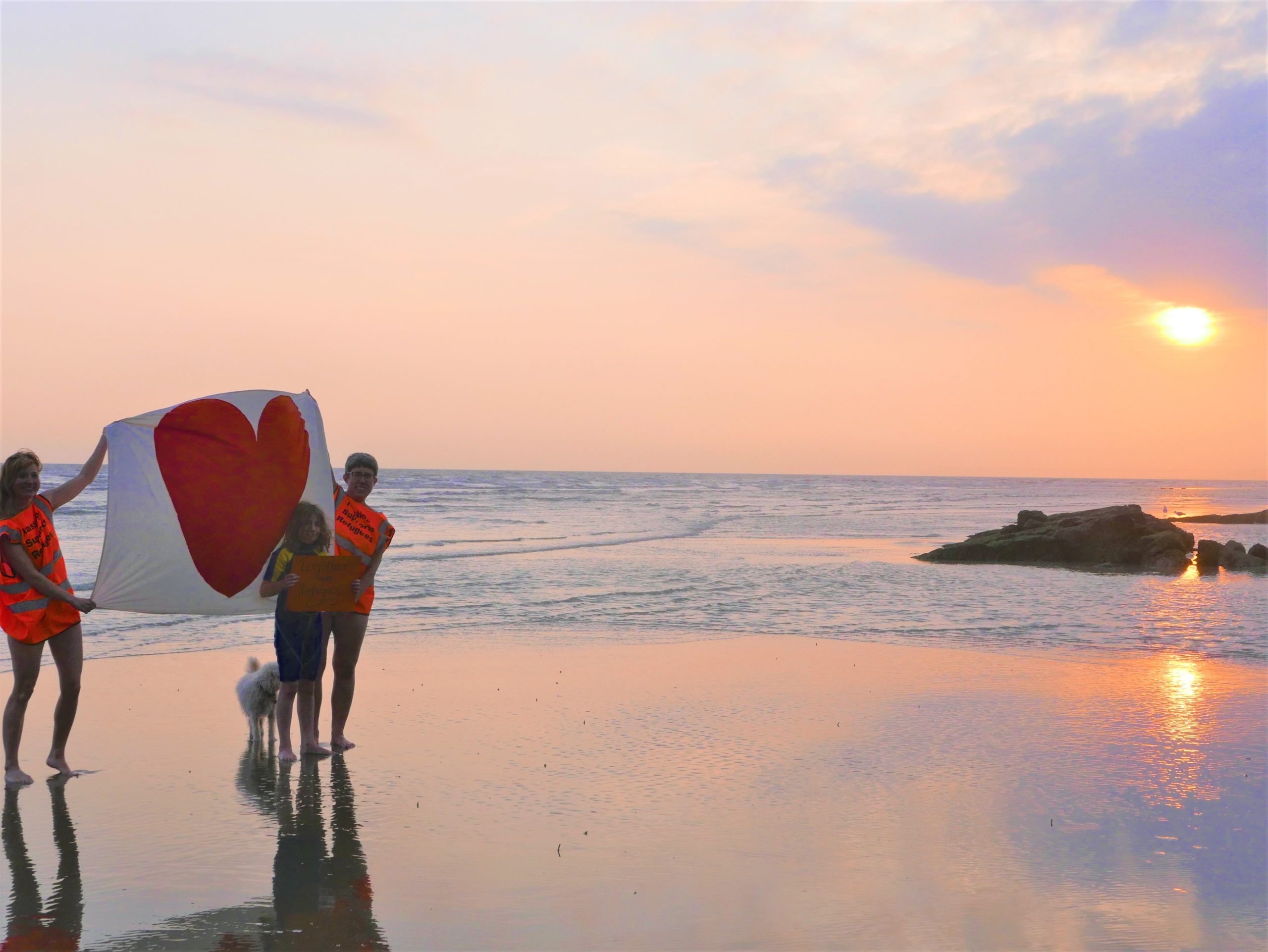