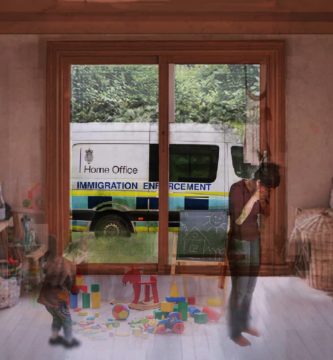 HAVE YOUR SAY on the New Home Office Plans for Asylum and Immigration.

New Home Office Plans for Asylum in the UK

The Home Office has announced proposed legislation for fundamental changes in immigration and asylum law. There is widespread concern that the proposals in effect will remove the right to asylum for a majority of those seeking it, ultimately calling into question our country’s legal commitment to the Geneva Refugee Convention. People will be detained for long periods in what will amount to refugee camps, and many would be denied any chance to apply for asylum at all, no matter the strength of their claim to it.

The Home Office has published a CONSULTATION document on these plans, which closes on 6th May.

Many refugee and immigration support organisations are responding in their respective groups, while individuals may also respond to a specific individual version of the consultation.

We will work through the consultation document enabling each participant to respond to relevant questions. Careful and clear guidance will be provided to facilitate this, and the process is anticipated to take one hour.

Here is a summary, adapted from Asylum Matters, of what the Home Office plans would bring about.