Dignity, liberty, and humanity for all those seeking protection 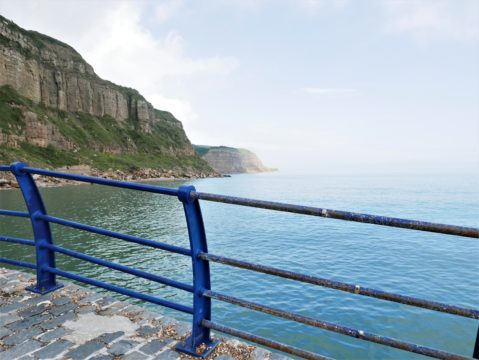 Kim Forward, leader of Hastings Borough Council, recently wrote to the Home Secretary expressing opposition to the Nationality and Borders Bill and asking for a humane and fair system instead.

Leader of the Council

In Hastings and St Leonards, we are proud to be a City of Sanctuary, and of the role we play in helping people who seek sanctuary here. In July last year Hastings Borough Council pledged its commitment to be a town that is welcoming to all and confirmed our pride in having a programme of welcome for refugees and asylum seekers.

“We are committed to doing all we can to make sure that this Borough continues to be a welcoming place for everyone who has come here to live, study, work, seek sanctuary and join family, whether they have lived here for decades or have just arrived.”

It included the following pledge:

Long-term residents as well as asylum seekers, refugees and migrants should be treated with dignity and respect. The debate on immigration should be conducted with care for the dignity of people who are vulnerable, who do not have a voice in the public domain and who have to suffer the consequences of inaccurate and inflammatory language.

Despite the challenges our town, and indeed our country, face, the UK is still one of the richest places in the world. It cannot be right that vulnerable people are forced into destitution and left without basic protections. Everybody should be treated justly and fairly.

Integration requires everybody to play their part in making Hastings a place of welcome and supporting people to participate in the local community. The Council and local civil society can together ensure that good processes are in place and integration services are properly provided.

Therefore, I am writing to register our opposition to the government’s Nationality and Borders Bill which will have the effect of removing people seeking asylum from the wider community, with a detrimental impact on those people who are in need of our protection. The asylum system in this country is already not fit for purpose and the proposed Bill will make this situation worse.

Hastings Borough Council has always sought to work in partnership with you on a number of issues, including the Syrian Vulnerable Persons Resettlement Support Scheme and the Afghan Citizens Resettlement Scheme.

We are proud to be one of the core dispersal and initial accommodation centres in the south east and of the role we play in providing protection and support to vulnerable people who have already suffered exploitation, persecution and the most perilous journeys to reach our shores. These people are here to seek safety for themselves and their families – the situation currently unfolding following Russia’s declaration of war in Ukraine shows us once again how quickly people can find themselves needing to flee from danger and behoves us all to remember our shared humanity and to treat people seeking refuge and asylum with compassion.

We know that other local authorities share our concerns, in particular Liverpool City Council who have told you that:

“The legislation you have proposed will create a hostile two-tiered asylum system… It is hard to comprehend that the Government in 2022 is planning to flout international law with what the UNHCR says is a proposal that ‘do[es] not respect fundamental principles of refugee law.’ A law born out of the ravages of the Second World War that was created to protect vulnerable people. How someone enters the UK has no bearing on their need for protection, it is simply a reflection of the circumstances in which they have found themselves in.”

The Government’s own figures show that 98% of those arriving in small boats – of whom we have seen a number on our own beaches in Hastings – claim asylum and are fleeing places of conflict and persecution. The proposals in this Bill to “offshore” the UK’s responsibility to these people, or to “warehouse” people seeking asylum in “accommodation centres” goes against our international obligations. In our Full Council motion in July, we expressed our concern at the worrying developments at Napier Barracks and the fear that similar facilities may be considered for our town. These detention-like facilities cause human suffering and stoke divisions.

This Bill fails to meaningfully recognise that there are no safe and legal routes for the majority of people seeking asylum.

Hastings has been a dispersal area since 1998 and a city of Sanctuary since 2017. We have a culture of inclusion and cohesion in our town, and a history of welcoming people seeking asylum directly into our communities – the Nationality and Borders Bill is not compatible with this culture of which so many people in our town are rightly proud.

We therefore call on the government to abandon this bill and instead work in partnership to reform the process using the following principles as a guide: