A Heartwarming Welcome on Hastings Beach 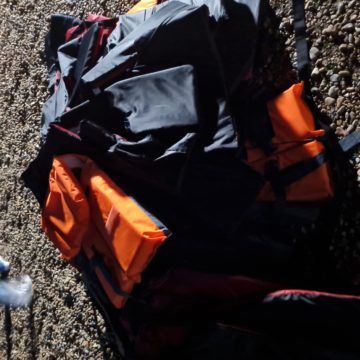 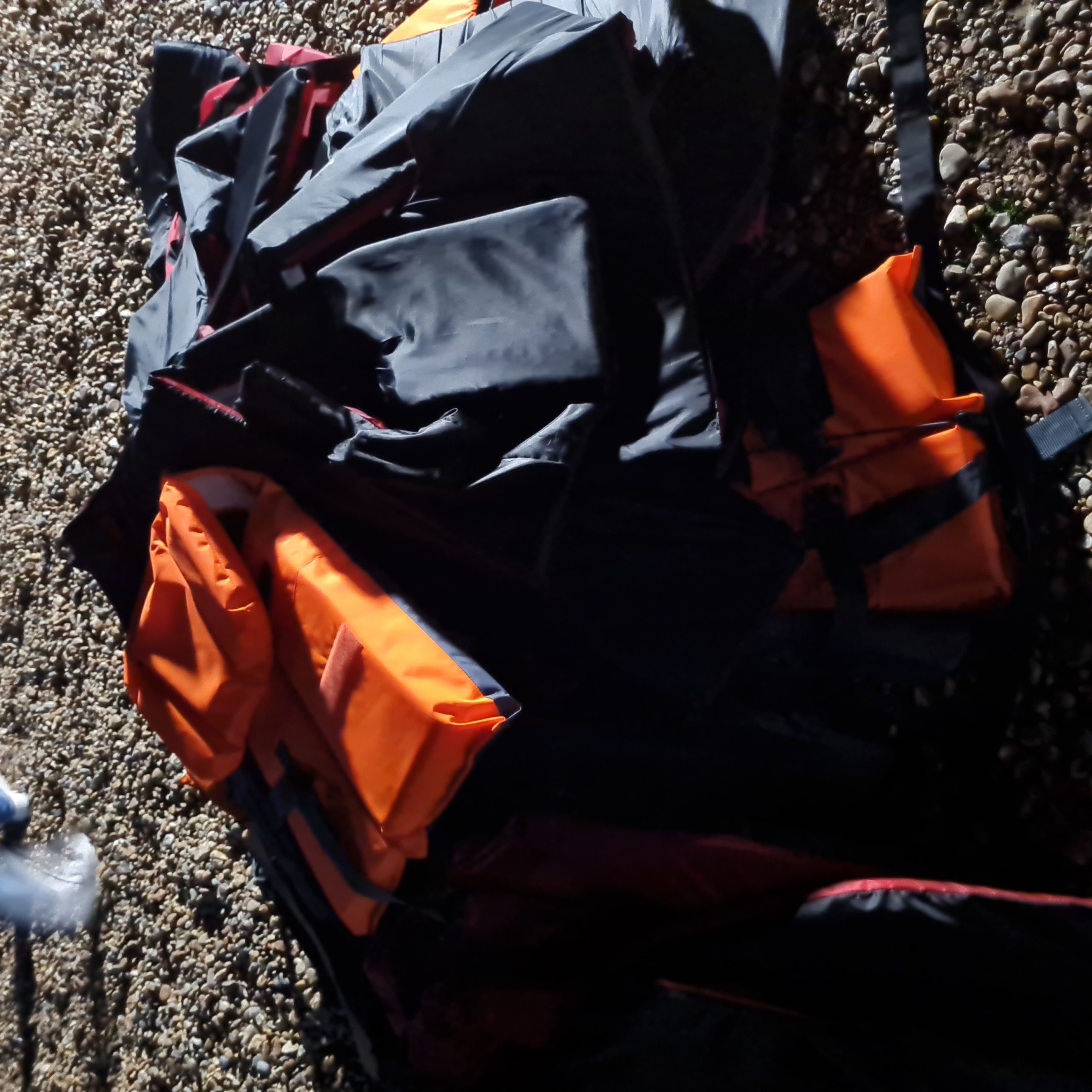 A Heartwarming Welcome on Hastings Beach

RNLI rescues 53 people from the Channel

On 11th November, 53 people were rescued in the Channel from their tiny dinghy by Hastings RNLI and brought into Hastings beach, having spent 18 hours on the water. Among them were five children, all girls, and three women, one of whom was six months pregnant.

Hastings Supports Refugees has recently convened an Emergency Response Team after a similarly tiny boat washed up on a nearby beach two months ago when an HSR member happened to be there and witnessed what happened then – the boat being held on the water by Border Force for more than three hours, and no official provision of food, drinks or clothing.

Since then the HSR team has raced to provide food, drink, dry clothes and a warm welcome to more groups of people who have made the perilous journey across the Channel and been brought into Hastings.

Here is the account from Jane Grimshaw, Co-Chair of Hastings Community of Sanctuary and co-ordinator of the response team.

“Today was a day we were hoping wouldn’t happen. It’s November, it’s cold here in Hastings but it’s even colder out at sea. At around 12.20pm we received the first of a steady stream of messages and calls. The Hastings RNLI had rescued 53 men, women and children from a dinghy in the Channel.

Conditions in Northern France are intolerable for refugees and people are desperate to get away before they are forced to spend the whole winter there.

Because of the support of the people of Hastings we were able to mobilise our team and be on site within 20 minutes of that first message, offering a warm welcome, support, warm clothing, blankets and supplies.

Local business played their part in today’s operation. One Old Town pub responded with trays of chips, and a café with hot drinks, all without charge. Hot food and drinks are an essential part of any first response.

The refugees we spoke to were from Egypt, Sudan, Libya, Iraq, Syria, Lebanon, Yemen, Kuwait and China (a Uighur).

None of this would have been possible if it wasn’t for the ongoing support of the people of our town.

We have supplies of warm clothing and funding in place to restock our essentials of snacks, drinks, pants and socks.

So we want to take this moment to thank you all for making this possible and to wish a very warm welcome to everyone we were fortunate enough to meet today.”

The response has been phenomenal.  Over one thousand people have read the post on the Hastings Supports Refugees Facebook page, and very many have commented and even more have shared. Here are some of those comments.

Faith in humanity restored. Thank you Hastings for caring for others when they are at their most vulnerable…what it must take to put yourself and your children on a dinghy in the cold sea in November! x

Well done  How can we support more?

This is responding to the reality of desperation   The response has restored my faith in humanity. So very well done all of you.

Hastings is obviously a place where kindness is alive and well. You are what community is all about. Well done.

Isn’t it the way…How the people who have least help those who have even less. The people of Hastings, among the poorest towns in the country, make me so proud to live here…Well done and love to all concerned with this rescue, the rescued and the rescuers.

Thank goodness you were organised and there. It doesn’t bear thinking about how the refugees would fare landing on other parts of the coast where there is no such group of compassionate people, supported by their community. 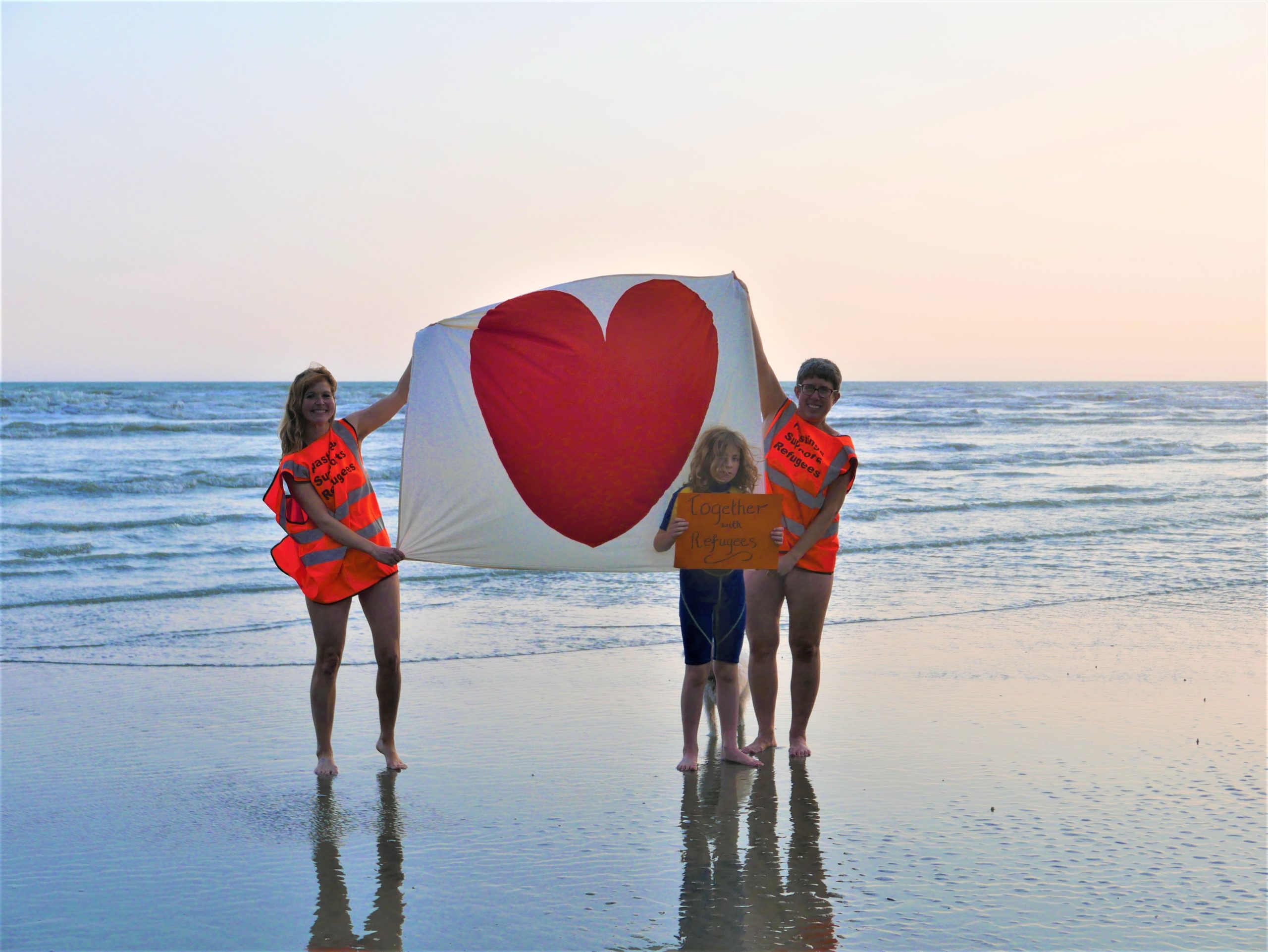 We stand Together with Refugees.

Over the past weeks when several tiny boats have landed on or near our beaches, the Police have been consistently extremely professional, compassionate, and supportive of our efforts to help the people arriving.   This adds to our sense of a community pulling together – the amazing Hastings RNLI saving lives at sea, the ordinary Hastings people volunteering in the response team and bringing food and clothes to the beach, and the Police enabling our work alongside their own careful managing of these difficult situations, in a general atmosphere of caring and understanding.

Hastings has joined towns along the south east coast in a frontline between two opposing stories – the story of kindness and compassion to the desperate fellow human beings who seek refuge with us, and the opposing narrative of extreme harshness towards those people, as now embedded in the Nationality and Borders Bill going through Parliament at the moment.  Recently we collected over 550 signatures on our petition asking our MP to support the former and oppose the latter. The people who signed were simply passers-by on our streets -the ordinary people of Hastings. This widespread support for a humane approach is what has again been so powerfully echoed in the sheer warmth of the response to those who were rescued by our RNLI last week, and to those who reached out the hand of compassion and friendship.

“I don’t think anybody -any of us born here in the UK could understand what it must be like to put your family at that kind of risk. And I don’t think you could really think about it until you’ve met with these people because then you sort of begin to connect with that: because  I know that in my lifetime that’s not going to happen to me. I’m not going to be asked to put my 3 year old – in a dinghy to travel 13 miles across a shipping channel, because I’ve fled from war and conflict and goodness knows what.

And that it’s safer to do that than stay where you are.  It’s an unbearable decision to make.”

(From the testimony of our colleague Rachel Lowden, who witnessed that first arrival a few months ago). 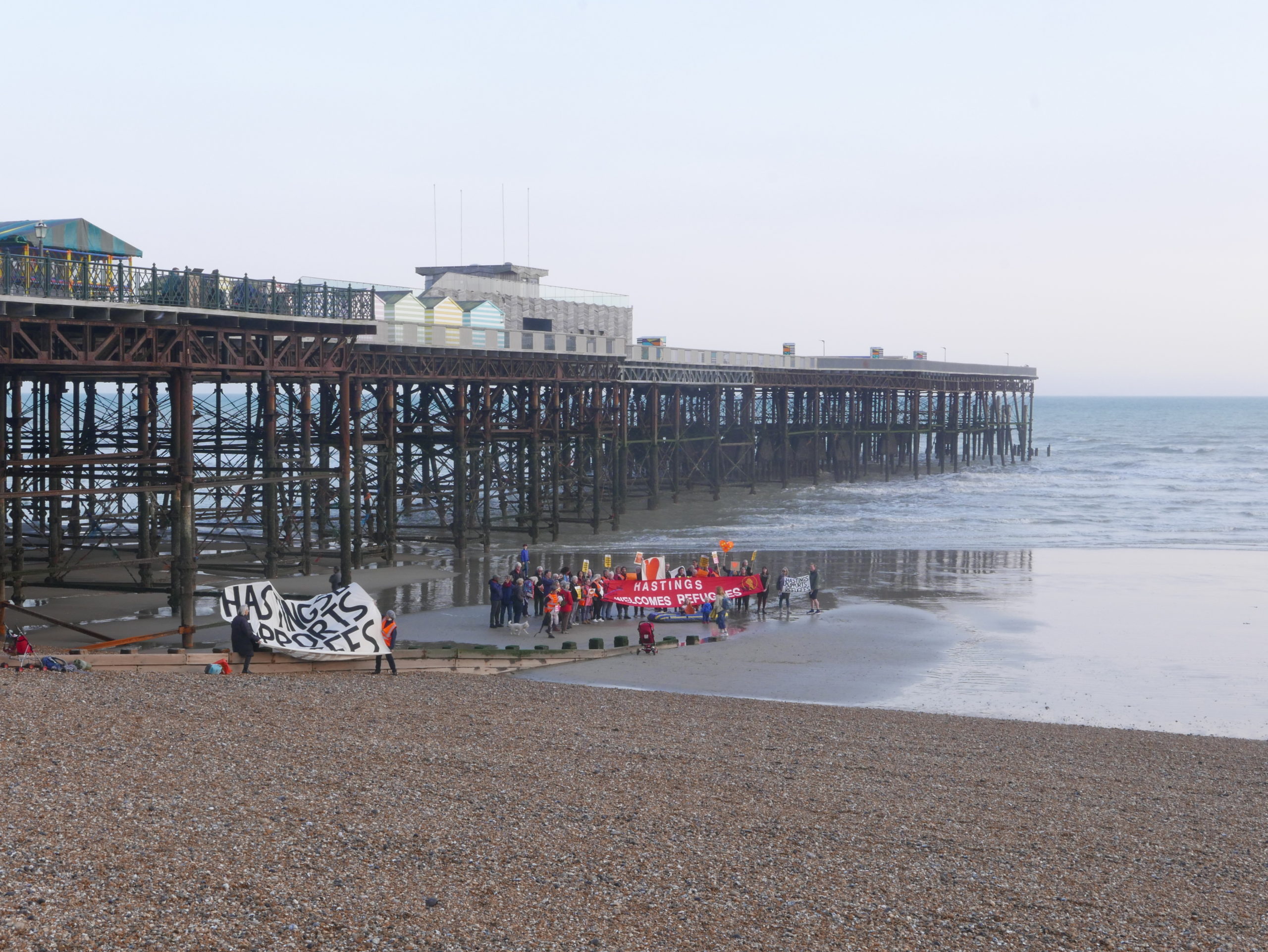 Vigil for those crossing the dangerous sea.

A brief report in the local Sussex media can be seen here: What really happens to the refugees arriving in Hastings who risked their lives.