#LiftTheBan: Compelling Arguments From The House Of Lords 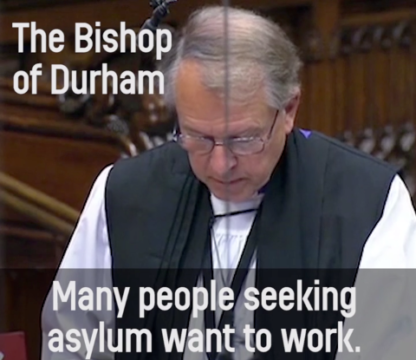 On September 9th, the House of Lords debated various amendments to the Immigration Bill, including one that would allow people seeking asylum the right to work. The Bill will enter the Committee stage on September 14th, when further amendments will be discussed, before being submitted for its third reading.

Powerful arguments were made in favour of lifting the ban on people seeking asylum being able to work, including from Baroness Meacher, Baroness Hamwee, Lord Dubs, Lord Randall, Baroness Ludford and the Bishop of Durham. The Lift the Ban Campaign has put together a ‘megamix’ video of the debate, which is available to view here.

In other news, the Campaign’s petition urging the government to lift the ban has so far reached 150,000 signatures. If you haven’t signed it already, you can do so here.